NEW ORLEANS, Nov. 8, 2019 /PRNewswire/ — The German Federal Foreign Office (FFO), the Goethe-Institut, and the Federation of German Industries (BDI), announce that next week (Nov. 10-16) marks the culmination of Mississippi. An Anthropocene River, a year-long project that explored the human impact on the Mississippi region and made the historical, social, and ecological transformation of this human environment system tangible. The experimental on-site investigation was initiated by Haus der Kulturen der Welt (HKW) and the Max-Planck-Institute for the History of Science, Berlin, as part of Wunderbar Together, the Year of German-America Friendship, which also ends this month. 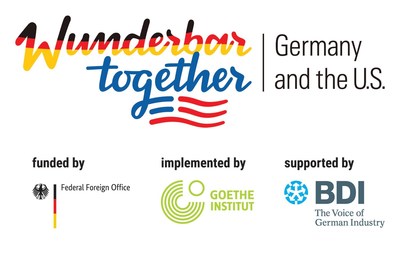 The project started with five Field Stations dotted along the Mississippi River, from its headwaters near Minneapolis through its delta near New Orleans. Over the course of the year, each Field Station collected scientific data and conducted cultural research with the help of local communities. From September to November 2019, the Anthropocene River Journey traveled downriver collecting research results from five Field Stations along the river. Locally grounded, shared, and developed among a wide and diverse set of participants, the project set an example of how to cooperate and co-learn in challenging times.

The journey will culminate in a week-long Anthropocene River Campus in New Orleans, an educational public event that will bring together German and American scholars, researchers, artists, and activists to synthesize the findings, meeting each other face-to-face, often for the first time. Like a delta, the River Campus will not simply conclude the project, but rather serve as a transformation point that connects the different tributaries of the project into new ways forward.

«There are many signs that we are going through a planetary crisis marked by climate change, the dramatic decline of biodiversity, severely polluted waterways, air and soils, and a technosphere getting out of control,» said Bernd Scherer, Director, Haus der Kulturen der Welt. «This planetary crisis asks for new forms of cooperation and the project Mississippi. An Anthropocene River explores such new forms of solidarity and knowledge production. The iconic river running through the American heartland functions as a symbol for the ways in which human powers have transformed a massive river system: a lifeline turned into a polluted and highly engineered water highway for goods and people connecting local developments to a planetary transition.»

Anthropocene River Campus will take place from November 10-16 and is hosted by the Tulane University and other partners in New Orleans. The series of culminating events will include:

More information about the closing events can be found at https://liberalarts.tulane.edu/events/anthropocene-river-campus.

Over the past year, Wunderbar Together has reached all 50 states, brought together more than 400 partners for over 2,000 events in 560 communities, and introduced German culture to a significant segment of the American population. From a PopUp Tour that visited several cities and highlighted the innovative partnership between Germany and the U.S.; to the WanderbUS, an immersive traveling exhibit that educated thousands of students about German culture; to a 360° audiovisual ISM Hexadome tour across North America; and much more, the campaign effectively brought together individuals through events across various sectors, including culture, sport, business, science, and politics.

About Wunderbar Together
From October 2018 until late 2019, Germany is highlighting its close friendship to the United States through a yearlong festival, Wunderbar Together. Working with over 400 partners, the celebration will feature over 2,000 events across all 50 states. Wunderbar Together is a comprehensive and collaborative initiative funded by the German Federal Foreign Office, implemented by the Goethe-Institut and supported by the Federation of German Industries (BDI).

Mississippi. An Anthropocene River is a project by Haus der Kulturen der Welt (HKW), Berlin, and the Max Planck Institute for the History of Science (MPIWG), Berlin, in collaboration with numerous international partners, as part of the Wunderbar Together initiative — funded by the German Federal Foreign Office, implemented by the Goethe-Institut, and supported by the Federation of German Industries (BDI). Additionally, the project is supported by the Max Planck Society.